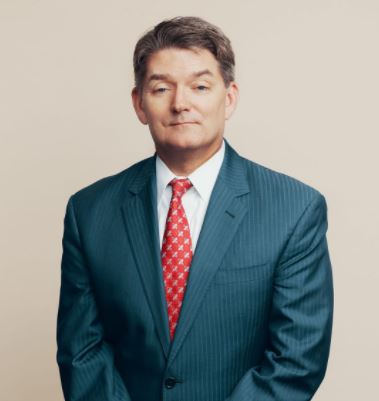 Houston criminal defense lawyer James Alston was born in Beaumont, Texas, and graduated from Lamar University with a Bachelor of Science degree in Psychology. He then moved to New Orleans, Louisiana, and attended Tulane University to continue his studies in mental health. While attending Tulane, Mr. Alston interned at the New Orleans Adolescent Hospital.

After graduating with a master’s degree in Clinical Social Work, he moved back to Beaumont and was employed as a clinical therapist. In pursuit of additional education, Mr. Alston attended law school at Loyola University School College of Law in New Orleans, Louisiana. He graduated in the top 25% of his class and was a member of Loyola’s National Mock Trial Team and Loyola’s National Moot Court Team. After graduation, he returned to Texas and settled in Houston.

Mr. Alston started his legal career as a prosecutor with the Harris County District Attorney’s Office. During his 8 years as an Assistant District Attorney, he was trained by some of the best prosecutors in the country. Mr. Alston has prosecuted thousands of misdemeanor and felony cases including:

While employed with the Harris County District Attorney’s Office, Mr. Alston was assigned to the Child Abuse Division for two and one-half years. During this time Mr. Alston investigated and prosecuted various types of child sex abuse cases, including aggravated sexual assault of a child, indecency with a child, injury to a child, and possession of child pornography.

Toward the end of his career at the Harris County District Attorney’s Office, Mr. Alston was assigned to the Major Fraud Division where he prosecuted white collar crime cases involving:

As an Assistant United States Attorney, Mr. Alston prosecuted numerous federal cases from the initial stages of an investigation through jury trial. Mr. Alston’s experience as both an Assistant United States Attorney and an Assistant District Attorney gives him a unique advantage in defending his clients against criminal charges and accusations. He has seen both sides of the criminal process. Mr. Alston was trained by the State and Federal Government to prosecute a variety of cases. He knows the means and methods that prosecutors use to seek convictions and he uses this knowledge to fight against the system and maintain your freedom.