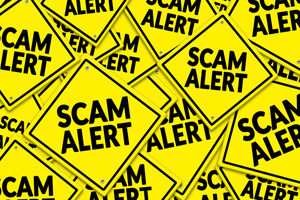 Ponzi schemes, or pyramid schemes, are a type of investment fraud that has made international headlines because of the financial devastation they can have on unsuspecting investors. Ponzi schemes are named after Charles Ponzi, who famously defrauded thousands of people out of money on a “get rich quick scheme.” A Houston Ponzi Schemes Lawyer at James Alston Law is here to help you.

The initial investment allegedly involved international postal reply coupons. As is the problem with most Ponzi-like schemes, the underlying investment is either a scam or does not exist at all. Fortunes are made in Ponzi schemes by the recruitment of new investors, and they often rely on new investor money to pay off older investors wishing to “cash out.” Modern-day pyramid schemes can cost people millions, such as the case with Bernie Madoff and his multi-billion dollar Ponzi scheme that resulted in a 150-year prison sentence.

Because of this crime’s notoriety, allegations of running a Ponzi scheme or Pyramid-scheme can result in significant prison time. If convicted of running a Pyramid promotional scheme in Texas, you could be convicted of a state jail felony.

Penalties For A Federal Ponzi Scheme

A federal prosecutor can pursue multiple federal charges if they suspect someone is involved in a federal Ponzi scheme. Madoff, for example, eventually pleaded guilty to securities fraud, investment adviser fraud, mail fraud, wire fraud, money laundering, making false statements, perjury, making false filings with the SEC, and theft from an employee benefit plan. Each of these charges can carry a maximum penalty of five (5) to twenty (20) year prison sentence, significant fines, and restitution if convicted.

Federal Ponzi schemes, named for infamous Boston swindler Charles Ponzi, are “an investment scheme that involves the payment of purported returns to existing investors from funds contributed by new investors.” Generally, Ponzi schemes involve investment schemes that promise the yield of high returns with low risk but actually generate little to no profit.  The underlying business or investment opportunity may or may not be legitimate. A successful Ponzi scheme requires a constant influx of money by new investors to satisfy previous investors wishing to cash out.

Ponzi schemes are investigated by a number of organizations including:

One of the largest Ponzi schemes in American history involved former NASDAQ chairman, Bernie Madoff.  Madoff was convicted of numerous counts of fraud and sentenced to 150 years in prison for orchestrating an investment scam amounting to $65 billion in losses to investors.

Ponzi schemes or Pyramid promotional schemes are heavily prosecuted in the State of Texas. There are several defenses available in investment fraud cases involving an alleged Ponzi- or pyramid-scheme including that there was an actual product sold, that compensation was paid for the “time and effort spent in pursuit of a sale or in a recruiting activity,” and that you lacked the requisite intent necessary to commit the crime.

If you are being investigated in a Ponzi scheme or related investment fraud scandal, you need to find experienced representation. You could be facing a felony conviction and state jail time. Attorney James Alston understands how serious Pyramid-scheme charges are and will fight to protect your rights.

As a former state prosecutor, he spent endless hours working on White-Collar Crime cases under the Major Fraud Division of the Harris County District Attorney’s Office. After leaving the office, he accepted a position as a federal prosecutor. This unique training offers him unparalleled insight into how prosecutors prepare cases. Our Houston Ponzi Schemes Lawyer is a zealous advocate for his clients and will not rest until they get the best possible outcome in their case.

Texas law defines a pyramid promotional scheme under Section 17.461 of the Texas Business and Commerce Code as “a plan or operation by which a person gives consideration for the opportunity to receive compensation that is derived primarily from a person’s introduction of other persons to participate in the plan or operation rather than from the sale of a product by a person introduced into the plan or operation.”

If you are being investigated for involvement in a federal Ponzi scheme in Houston, TX, you need to retain a knowledgeable attorney immediately.  Attorney James Alston is a former Harris County Deputy District Attorney and a former federal prosecutor. During his time as a state prosecutor, Mr. Alston was assigned to the Major Fraud Division.  His experience in this division makes him uniquely qualified to defend fraud and other white-collar crimes successfully. Contact James Alston Law today at (713) 228-1400to schedule a consultation.