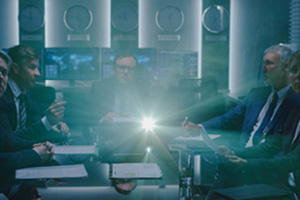 Conspiracy is one of the most commonly charged federal offenses and our Houston Conspiracy Attorney is well aware of this.  Federal conspiracy can involve the intent to commit fraud, sell drugs, interfere or obstruct a function of the government, or any other agreement to violate federal law.  Under 18 U.S.C. § 371 conspiracy occurs “[i]f two or more persons conspire either to commit any offense against the United States, or to defraud the United States, or any agency thereof in any manner or for any purpose, and one or more of such persons do any act to effect the object of the conspiracy.”

A person convicted of conspiracy may be fined or imprisoned not more than five years, or both.  However, according to the statute, if the underlying offense is a misdemeanor, “the punishment for such conspiracy shall not exceed the maximum punishment provided for such misdemeanor.”

To be convicted of federal conspiracy, the prosecutor must prove the following:

Conspiracy to Defraud the Government with Respect to Claims

Under 18 U.S.C. § 286, a person may be charged with conspiracy if he or she “enters into any agreement, combination, or conspiracy to defraud the United States, or any department or agency thereof, by obtaining or aiding to obtain the payment or allowance of any false, fictitious or fraudulent claim.”

Under this statute, a person may be fined or imprisoned up to ten (10) years, or both.

Why Choose Attorney James Alston To Defend Against Conspiracy Charges?

The statutory language around charges for conspiracy is notoriously broad.  It is always in your best interest to hire a Houston Conspiracy Attorney to represent you.  If you have been charged with conspiracy or any other federal white-collar crime, in Houston, TX, you need to act fast to protect your future and your freedom by speaking with a Houston criminal defense lawyer.  A conviction on federal conspiracy charges can result in up to ten (10) years in prison.

Texas Penal Code Section 15.02 defines the elements necessary to convict a person of criminal conspiracy. The prosecution must show that the person:

An agreement between co-conspirators may be “inferred from acts of the parties.”

There are several defenses to conspiracy, including that the person lacked the requisite intent to commit the offense, or that there was no overt act in furtherance of the agreement. Texas law, however, does outline several instances which are not a defense to the crime of conspiracy including that:

PENALTIES FOR CONSPIRACY IN HOUSTON

If convicted of criminal conspiracy in Houston, TX, you could face harsh penalties, including significant amounts of jail time. Under state law, the punishment for conspiracy is “one category lower than the most serious felony that is the object of the offense.” For instance, if the offense conspired to be committed is punishable as a 2nd-degree felony, then you could face penalties of a 3rd-degree felony. If the object offense is punishable as a state jail felony, you could be convicted of a Class A misdemeanor.

If you are being investigated for conspiracy in Houston, Texas, you need the help of a knowledgeable defense attorney. James Alston is an experienced litigator, previously working for the Harris County District Attorney’s Office and as a federal prosecutor. If you are charged with conspiracy or a related-charge, Attorney James Alston can help fight for your freedom. Call James Alston Law today at (713) 228-1400 for a consultation. Get legal representation you can trust.