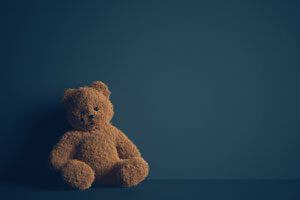 The Reality Of Being Charged With Sexual Assault Of A Child

The crime of Sexual assault of a child is defined under Penal Code 22.011 (a)(2). Under this statute, a person may be charged with sexual assault if they intentionally or knowingly:

A person may be charged with sexual assault under this section regardless of whether the person knows the age of the child at the time of the offense. A “child” under Texas law is a person younger than 17 years of age. Sex crimes involving children are heavily punished in Texas. If you are accused of committing a sex crime against a child, you need to hire our Houston sexual assault of a child attorney immediately.

Attorney James Alston is an experienced Houston Criminal Defense Lawyer who has extensive knowledge in defending against any sex crimes charge. As a former prosecutor with the Harris County District Attorneys Office, Mr. Alston was assigned to the Sex Crimes Against Children Division where he handled hundreds of cases involving sex crimes against children.

The impact of being convicted of a sex crime against a child can, and often will, last a lifetime. Conviction for a sex crime often mandates that you register as a sex offender for the rest of your life. In Texas, sex offenders are required to register with the local law enforcement agency where they live and their name, photograph, address, and crime of conviction are listed on the Texas Department of Public Safety’s Sex Offender Registration website. Conviction of a sex crime and registration as a sex offender result in restrictions being placed on where you can live. For example, sex offenders often can not live within 1,000 feet of anywhere that children congregate, such as a school, park, public swimming pool, or daycare. Additionally, convicted sex offenders often have extreme difficulty finding employment or maintaining a professional license.

For The Best Defense, Call Our Houston Sexual Assault Of A Child Attorney

Just the accusation of being charged with a sex crime against a child can impact every aspect of your life and being convicted of a sex crime against a child will ruin your life. The best defense is to not speak with any law enforcement officer until you have hired Attorney James Alston. The moment you are first contacted by law enforcement or learn of charges being filed against you, immediately contact Defense Attorney James Alston. He knows how important it is to provide you with the strongest defense and James Alston will fight hard to protect your rights and your freedom. Call James Alston Law today.