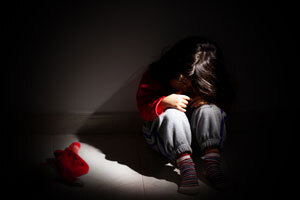 Texas Law Regarding Possession Or Promotion Of Child Pornography

Under Penal Code Sec. 43.26 (a) (1) a person may be charged with possession or promotion of child pornography if:

“the person knowingly or intentionally possesses, or knowingly or intentionally accesses with intent to view, visual material that visually depicts a child younger than 18 years of age at the time the image of the child was made who is engaging in sexual conduct, including a child who engages in sexual conduct as a victim of an offense under Section 20A.02 (a) (5), (6), (7) or (8);”

Possessing child pornography carries significant penalties and can be charged as a third-degree felony.  If it is a second or subsequent offense under this statute, the prosecutor may file it as a first- or second-degree felony depending on the circumstances.

It is a violation of 18 USC § 2252A to knowingly mail, or transport, or ship child pornography using interstate or foreign commerce including by computer.  Under this statute, a person can be charged in federal court for possessing imaged that contain:

Without the help of a knowledgeable attorney familiar with the federal court system, you could face a minimum of 5 years in prison on a first-time offense for transporting child pornography across state lines.

No matter what the circumstances of your case, you need legal counsel for a child pornography charge. State and federal prosecutors have unlimited resources to build a case against you. Attorney James Alston knows how to defend child pornography charges. He spent eight years in the Harris County District Attorney’s Office prosecuting sex crimes.  After leaving the DA’s office, Mr. Alston went to work for the United States Attorney’s Office as a federal prosecutor. He understands what it takes to defeat charges for high stakes crimes such as child pornography. Contact James Alston Law today for a case evaluation. Get the right attorney by your side to protect your rights and defend your innocence.

THE ROLE OF A FEDERAL CHILD PORNOGRAPHY LAWYER IN HOUSTON

18 U.S.C. § 2256 defines child pornography as “any visual depiction of sexually explicit conduct involving a minor (someone under 18 years of age).”  There are four primary types of child pornography offenses:

18 U.S.C. § 2251 prohibits a person from employing, using, persuading, enticing, or coercing a minor to engage in any sexually explicit conduct for the purposes of producing a visual depiction of the conduct.  To fall under federal jurisdiction, the offense must occur using interstate or foreign commerce or mail. If the internet is used to distribute the material, then federal jurisdiction is almost always applicable.

Selling or Buying of Children

A parent, legal guardian, or other person having custody or control of a minor, in Houston, who knowingly transfers control or custody or offers to sell the minor for the purposes of producing child pornography can be charged under 18 U.S.C. 2251A.

18 U.S.C. § 2252 prohibits knowingly transporting or shipping any visual depiction of a minor engaging in sexually explicit conduct and knowingly receiving or distributing such material.  If convicted under this statute, a person may face imprisonment of not less than five (5) years and not more than twenty (20) years.

Production of Child Pornography for Importation to the U.S.

Under 18 U.S.C. § 2260 the federal government prohibits a person who is outside the United States from knowingly receiving, transporting, shipping, distributing, selling, or possessing with intent to distribute any visual depiction of a minor engaging in sexually explicit conduct for importation into the United States.

Why You Need Attorney James Alston To Defend You

Not all attorneys are equal in experience in the issues surrounding child pornography. Houston Child Pornography Attorney James Alston has a background that could benefit you in defending against charges, including:

Contact our skilled team of legal professionals to get started.